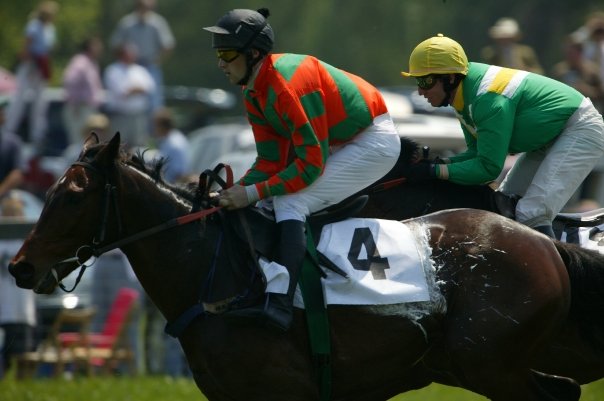 The History of The Willowdale Steeplechase

The Willowdale Steeplechase features a world-class steeplechase course in a community known for its top jockeys, trainers and owners.

Behind this great event is W.B. Dixon Stroud, Jr. who has ridden all his life and won the prestigious Maryland Hunt Cup in 1984. After having competed at the top levels in steeplechase as well as polo, Dixon decided it was time to have a world-class steeplechase course right in the heart of Cheshire Hunt County. So combining his love of steeplechasing and his commitment to this community, he, with the help of many others, founded The Willowdale Steeplechase.

It takes a great deal of time, effort and money to create a world-class steeplechase course. The project began in earnest in 1991, when Dixon began construction on the course with the aid of Hugh Morshead, a native Irishman now residing in Canada. Carved out of a former 160 acre dairy farm, the Willowdale site is a natural amphitheater, allowing for 80% to 95% viewing from any location. It is styled after a combination of European and American race courses. The broad turf course features a spectacular water jump, hedges and post and rail jumps.

The course features an uphill approach to the fences, which encourages less speed and more jumping. This causes less wear and tear on the horses, according to Morshead. “Footing, not fences, injure the horse,” said Morshead. “A lot of thought had to go into the drainage of this field.” he added. “Dixon has taken great care to develop this surface with a horse’s safety in mind.” The length of the course is a little over 1.2 miles.

The water jump is the only one of its kind in North America. Because it has a 12-foot span with an 18 inch drop in elevation, jockeys have to ride “California Surfing” style — which refers to the method of sitting on the horse, not plowing through the water!

From the inaugural race on Saturday, May 22, 1993 until today, attendance, interest and support have become stronger and stronger. The Willowdale Steeplechase will continue to grow because of its commitment to combining the great tradition of steeplechasing with the ever-changing needs of the community. Since it’s founding in 1993, The Willowdale Steeplechase has donated over $1,000,000 to local charities.

To learn more about the sport of steeplechasing go to: